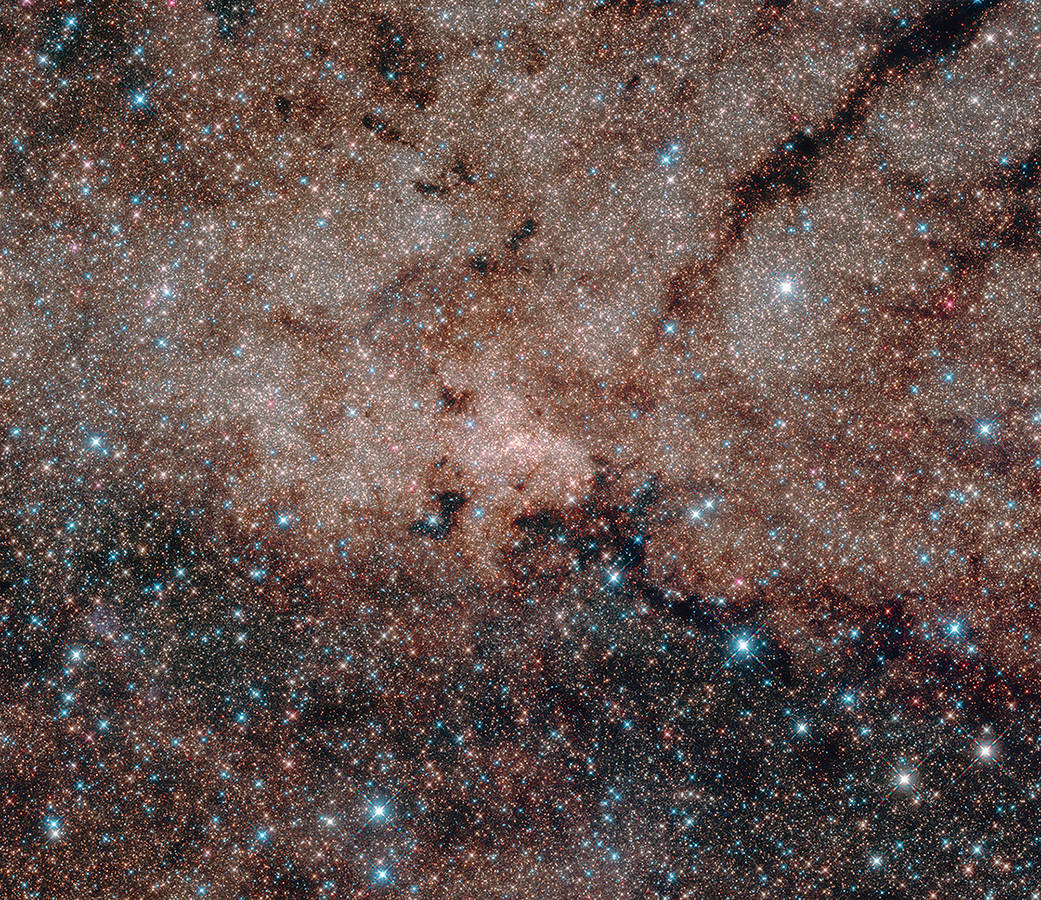 From 2017-2018 I conducted several interviews with an astronaut (whom, following anthropological conventions on confidentiality, I refer to as "Zack"). Zack had managed, during a mission, to find himself in utter darkness and solitude on board his spacecraft and was temporarily out of communication. This allowed him to take a look toward another section of the Milky Way galaxy (our own galaxy) and he was stunned by what his dark-adapted eyes were able to view.

As I wrote in my 2020 article The Overview Effect and the Ultraview Effect: How Extreme Experiences in/of Outer Space Influence Religious Beliefs in Astronauts:


The only astronaut I have interviewed so far who had a deep emotional reaction to and internal transformation from the view of stars he had from the deep darkness of space was an Apollo crewmember in his 80s, whom I call Zack, who spent several days in orbit around the Moon while the rest of his crew explored the lunar surface below. Although he was busy with NASA assignments, he did take time to take in the view outside his window. He stated in one of our interviews:
Looking at the universe out there from my vantage point, I began to realize that we don’t know crap about anything, we really don’t . . . (A)t some points in my orbit around the moon, I was sheltered from both the earth and the sun, so I was in complete darkness. And all of a sudden, the star patterns out there became something that I was not ready for . . . So many stars I couldn’t see one. Just a sheet of light. I don’t know whether you’d call it spiritual or not, but when I saw the starfield out there in a way that nobody else has ever seen . . . I had some pretty profound thoughts... We are not unique in the universe. When I came back from my flight, we were all totally exhausted . . . I’d sit in my living room and all these thoughts would come flowing through, so I began writing them down . . . They flowed from my mind through a pen onto a piece of paper. It was like I was being guided by something . . .
Zack wrote poetry as a way of processing his time in space. One of his poems describes seeing light from various perspectives, including the “starfield” he mentioned to me, and how he was blinded and left unable to think because of the enormity of its light. For Zack, the experiences of total solitude in orbit, an incomprehensible sheet of light, microgravity, and exhaustion all combined to influence his reckoning with something he didn’t understand. The sheer number of stars he saw convinced him that other intelligent beings must exist throughout the universe.

The term "ultraview effect" is my term for what Zack experienced, inspired by Frank White's term "overview effect." The "overview effect" describes the sense of understanding experienced by astronauts when looking at the Earth from space. Astronauts I've interviewed (and whose memoirs I've read) are sometimes unmoved, but many report being moved by the sight of the Earth and understanding concretely for the first time ideas that were only abstract before about the fragility of our atmosphere, the wholeness of our planet, or the interconnectedness of Earth's borderless countries and continents. The "ultraview effect," on the other hand, is rarer and more unsettling - instead of increasing comprehension it tends to intensify and underline the truth of human incomprehension about the universe in which we live.

The "ultraview effect" concept has been picked up by a few artists, including an animation by Tom Benford and a song, T.U.E. (the ultraview effect) by the British rock group Kasabian. Serge Pizzorno, the singer and songwriter of Kasabian, explained that he was drawn to both the overview effect and the ultraview effect because of how they shift perceptions:

(T)he overview effect is, uh, the idea that when astronauts go up in space and they see the earth from space, just, you know, in the middle of nothing (it) changes their personality completely when they get home, the idea of humanity and what it's all about and seeing, you know, just seeing this ball, you know, changes and has a huge effect on how they see the world. And I saw one guy say that it would be great to get like the G8 out, out in space, the leaders of the world to go and do it and see the Earth cause they would come back and he, you know, his theory was that everything would be a lot better cuz he's like, once you see humanity and just this ball then. So I, I remember, you know, I watched this like documentary, it was amazing, but then I've heard a few other people talk about it and, and use it.

So I thought I can't, it's too close, so but then I found the ultraview and I preferred ultraview, I think it sounds better, more sci-fi, and that's the Milky Way version.

​The discussion in the video below starts at about 26 minutes and 30 seconds into the interview.